Medium-sized dogs are a great option for those looking for a canine lover who might not be as intimidating as some of the larger breeds.

The “smarter” the dog, the easier it is to train. Here are some of the easiest dogs to train, measuring between 15 and 25 inches.

A barbet is a medium-sized breed of dog with a lovely curly coat. They can be black, beige, gray, or brown, and occasionally have white markings.

These lovable dogs are described by the AKC as “sweet natured” and “bright”, which also says that they are “very intelligent” and “learn new things quickly”.

Barbets have a life expectancy of between 12 and 14 years, so this clever pet could be a friend for a long time. 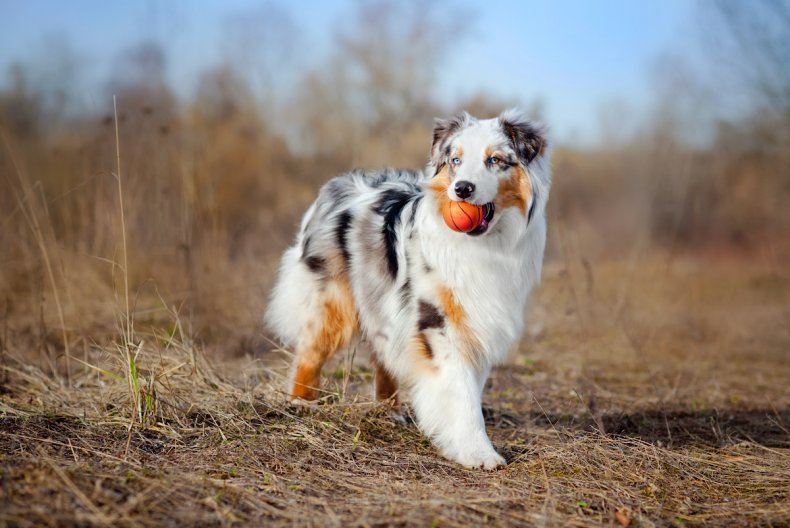 A stunning breed, the Australian Shepherd was bred to be tough ranch dog.

Its fur is a patchwork of rust, white and black spots, and it is very hardworking.

The AKC says these dogs are “remarkably intelligent” and “quite capable of deceiving an unsuspecting novice owner”. You have been warned! 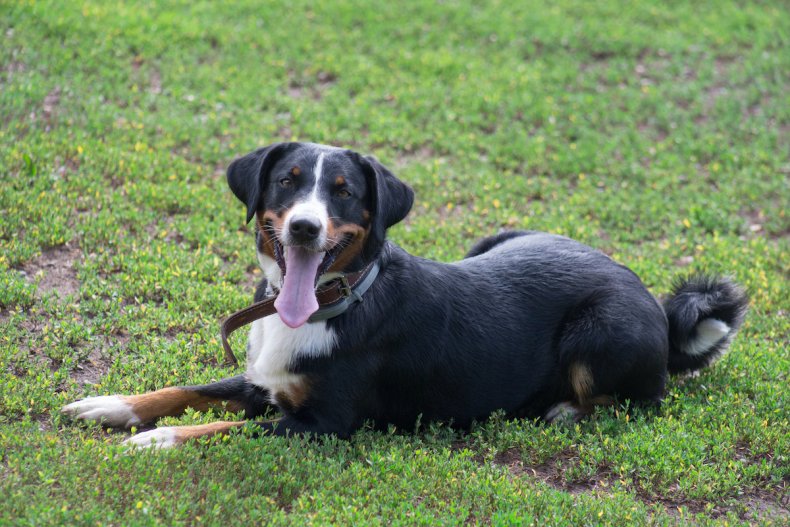 Native to Switzerland, this breed was built for raising livestock and working on farms. They are agile and lively, according to the AKC, and have a tri-colored coat.

The AKC says of the breed, “He is lively and spirited, confident, reliable and fearless.”

“The intelligence of this breed makes them very capable learners,” continues the AKC.

However, according to the AKC, due to their energetic character, they are not suitable for living in apartments. 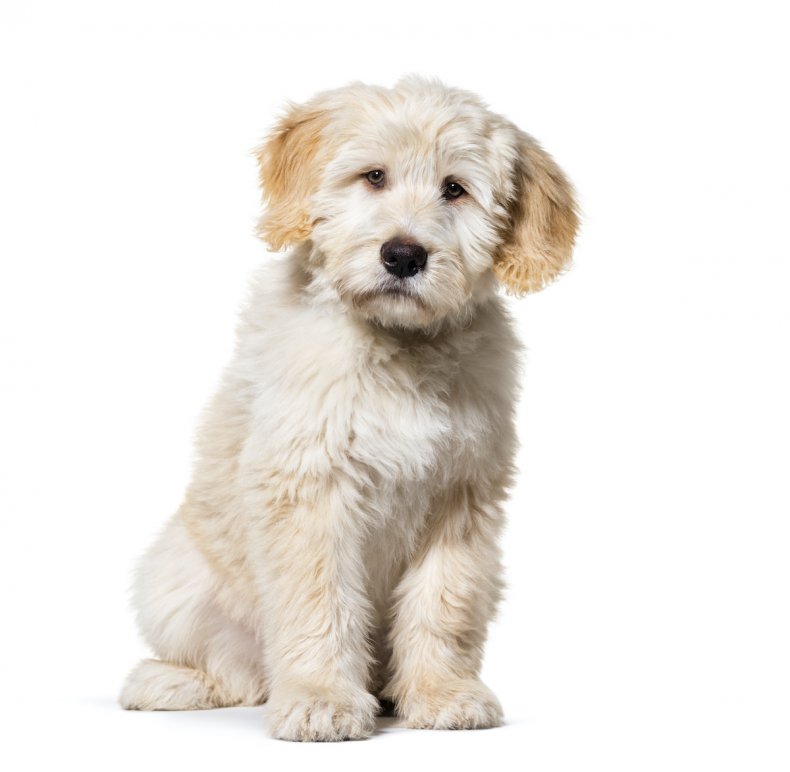 This breed is great for kids and has beautiful, fluffy fur
GlobalP / Getty Images

This breed of dog is really great with young children and often needs a lot of contact with people to be happy and contented.

They are fluffy, have large, unruly fur and are often described as great companions.

The AKC says, “The breed is intelligent, easy to train, docile and willful, happy and sensitive.”

“The Barbado da Terceira is an assertive breed that is often a tyrant to other dogs, but is cute to its owner and family members.” 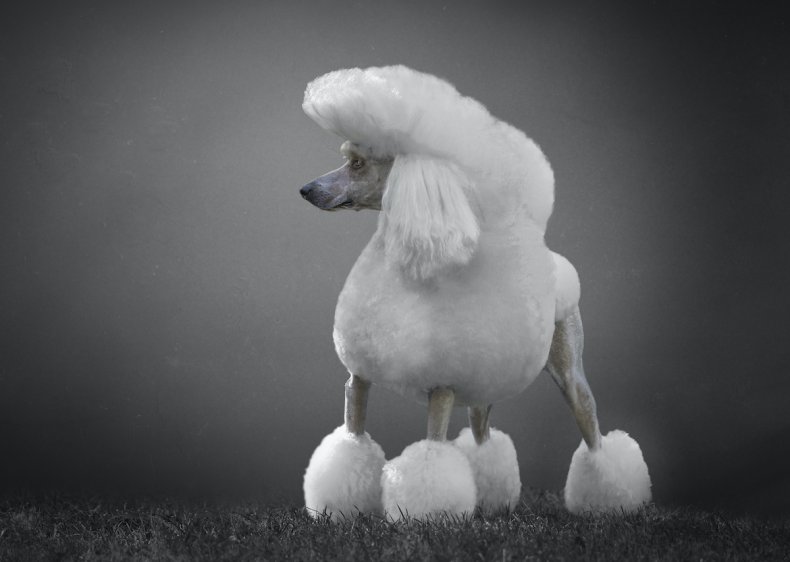 Says the AKC, “Forget those old stereotypes of poodles and wimps. Poodles are eager, athletic, and wickedly clever ‘real dogs’ of remarkable versatility.” 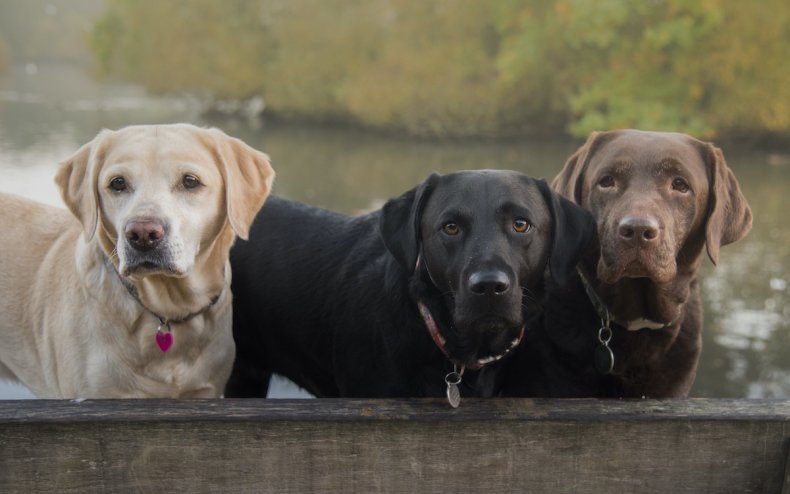 A breed very popular with American dog owners, Labradors are an extremely intelligent and cute breed of dog.

Described as “friendly” and “sociable”, Labradors are sociable companions and are ideal for any family.

The AKC says, “Labs are notoriously friendly. They are companionable roommates who bond with the entire family, and they socialize well with neighborhood dogs and people.” 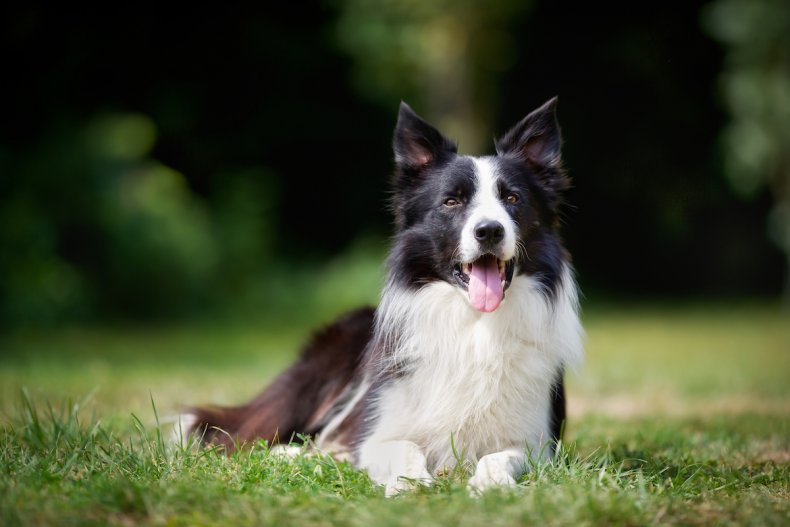 Smart, energetic, and affectionate, these dogs are a classic guardian breed.

Standing 18 to 22 inches at the shoulder, they’re generally brilliant to work out. The AKC says, “The intelligence, athleticism and trainability of Borders have a perfect outlet for agility training.” 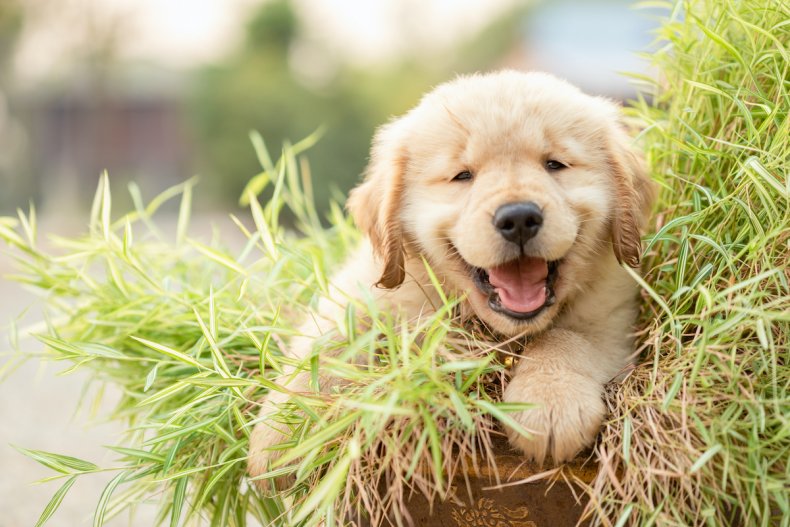 Their friendly demeanor and loyalty make them a popular choice as guide dogs and are widely used on search and rescue teams.

The AKC says of the breed, “Goldens are sociable, trustworthy, and eager family dogs and are relatively easy to train. They adopt life happily and playfully, and maintain this puppy behavior into adulthood.” 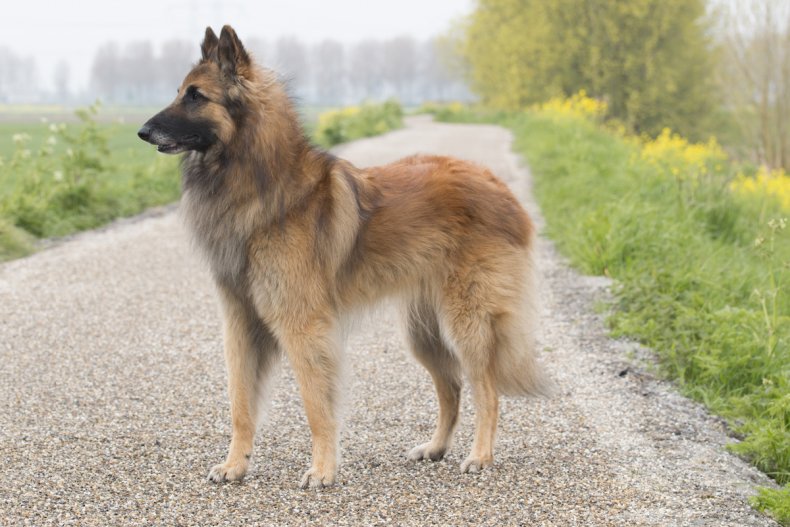 The Belgian Tervuren is a medium-sized herding dog and is both possessive and affectionate.

Originally from Belgium, this breed was used by farmers to herd their livestock and guard their land before the Industrial Revolution.

They were bred to be highly intelligent. Says AKC, “Tervs are delighted with their ability to handle any task, and owners say a mischievous sense of humor is at work when Tervs outsmart their loved one.” 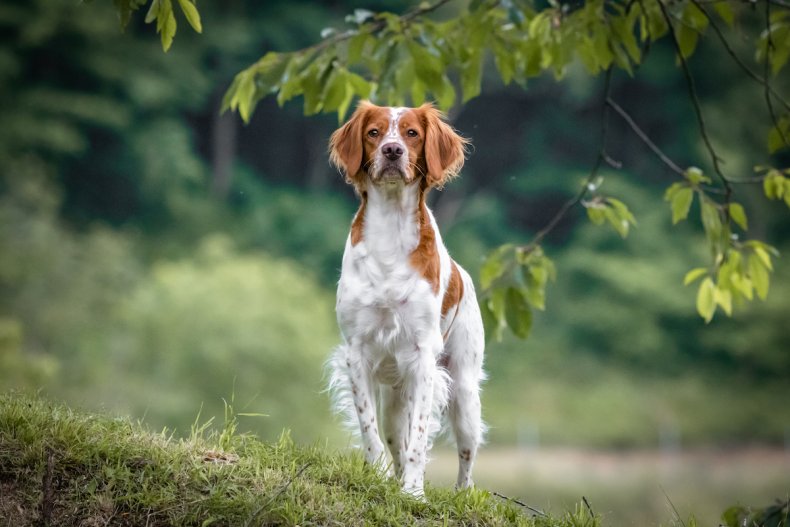 Bright, fun-loving, and loyal, Brittany Spaniels were bred to be versatile hunting dogs.

Their fur is strong and comes in white and bright orange patterns. The AKC says it’s a great athletic companion: “The zeal and versatility that make Brittanys incomparable hunters can be incorporated into the canine sport. Obedience, agility, flyball, dock diving, whatever, this trainable breed is geared for it . “ 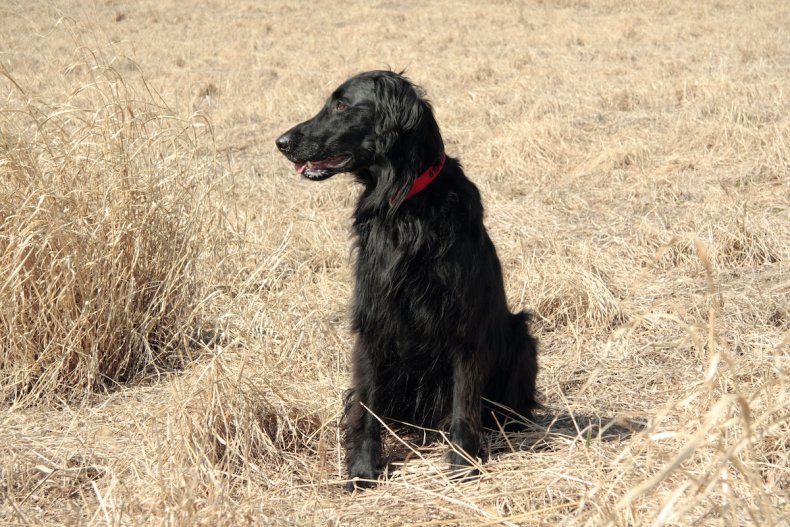 The Flatcoat Retriever is a relatively new breed and has a silky, wavy coat. They appear to be among the happiest of all dog breeds and are slow to mature.

The AKC says it’s “a distinctive hallmark is the long head, unique among retrievers, that projects an intelligent and kind expression.” 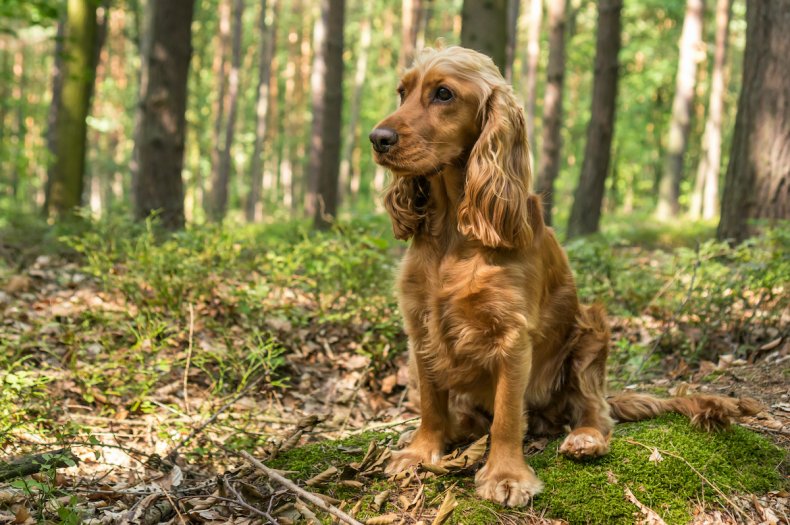 Cocker Spaniels are often described as “gentle, intelligent, and happy” and stand between 13.5 and 15.5 inches tall. They live between 10 and 14 years old and are born hunting dogs.

You are immensely intelligent and are brilliant with young children.

The AKC said of the breed, “Cockers are avid playmates for children and are easily trained as companions and athletes. They are big enough to be athletic but compact enough to be portable.”

With a shoulder height of just 14 to 18 inches, the Miniature American Shepherd is like a smaller version of the Australian Shepherd.

These dogs are affectionate with young children and have loads of intelligence. 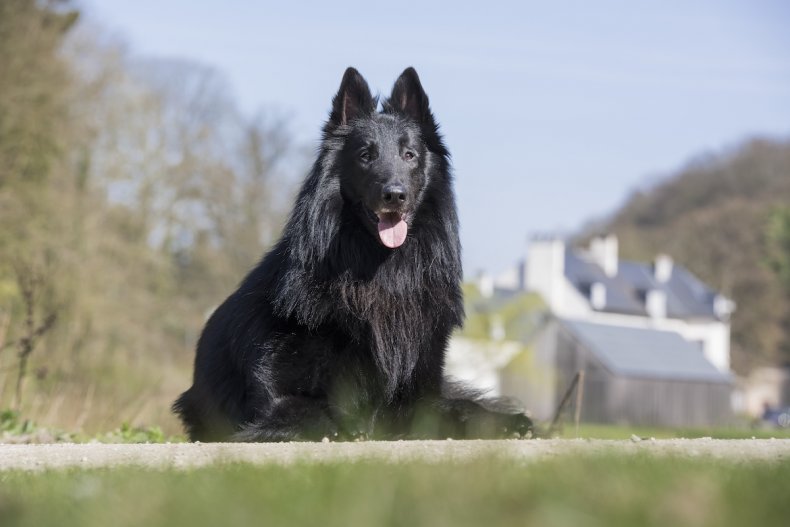 Another shepherd, the Belgian Shepherd, is described by the AKC as being alert, alert and serious.

These dogs are approximately 20 to 26 inches tall and have dark, thick fur. They are a sensitive breed and love regular contact and affection from their people.

The AKC states that their “dark eyes sparkle with an inquiring intelligence” and that they are “Belgian Shepherds in every way that are bright-eyed and bushy”. 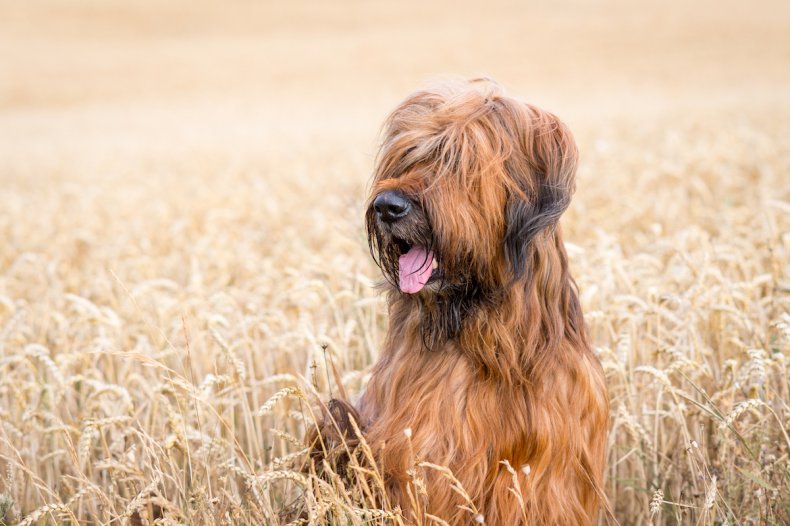 Briards are good with children and protect their families.

Often described as confident and intelligent, this breed originated in France where it would protect cattle ranches and sheep.

The AKC says this breed “possesses qualities common to many other shepherds: trainability, brains, a protective eye for the family (especially children they consider their flock), and caution towards outsiders.” 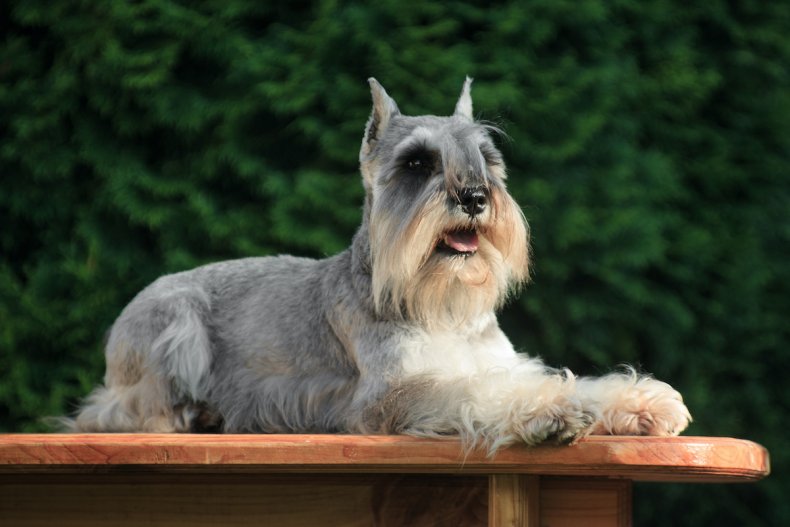 Both are loving with their families and good with young children. They are very easy to train, and the AKC says they have “sharp intelligence”.

They are great with kids as they love to play. According to the AKC, “American leopards are one of the oldest tree dog breeds in the US and have extremely powerful tracking abilities, often capable of tracking prey for miles.”

20 Dog Breeds That No Longer Exist

Pet lovers questioning if dog toys are fit for purpose after…

Police use dog toys to entice coyote out of South Carolina…