Firefighters fighting the Mount Law forest fire in West Kelowna received a much-needed break from the action on Wednesday.

A woman who only wanted to be identified as Diana tells Castanet that she stopped at the fire department and “the firefighters saw the pups and they all came running.”

Diana said she was “more than happy to take a few minutes to cheer up her day”.

Diana tells Castanet that she is now taking care of the pups because the owner, a breeder who owns a farm on Preston Road, is busy looking after some of her other animals.

“They have a farm with about 12 horses that have now been evicted and they need community support. They got some money for food and clothing, but none of that includes puppy food or anything.”

Diana tells Castanet that the puppies, all English Bulldogs, are in good shape and will eventually be sold when they are older. 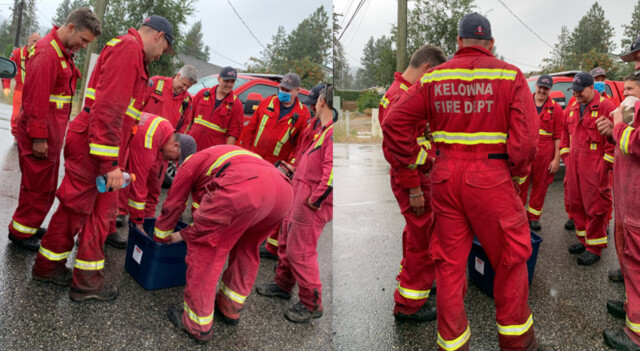 Fill your prescription with this photo gallery of puppies…

This Thetford Redditor Is Riding The GameStop Stock To The…