All dogs are adorable, regardless of their size – but some of the cutest pets have consistently small proportions.

Although these pocket-sized pooches take up little space, many of these toy dog ​​breeds have great personalities.

Here’s a look at dog breeds that stay small all their lives.

Black shaggy affenpincher dog sitting next to a fly agaric in the forest. This little wire-haired terrier-like breed believes they are a much bigger dog than they actually are
Ekaterina Gorokhova / Getty Images

The Affenpinscher, known as the little “Black Devil” dog, was designed to get rid of rodents.

These little wire-haired, terrier-like dogs often seem to think they’re much bigger than they actually are, and the Affenpinscher is especially popular for his mischievous character and curious temperament. 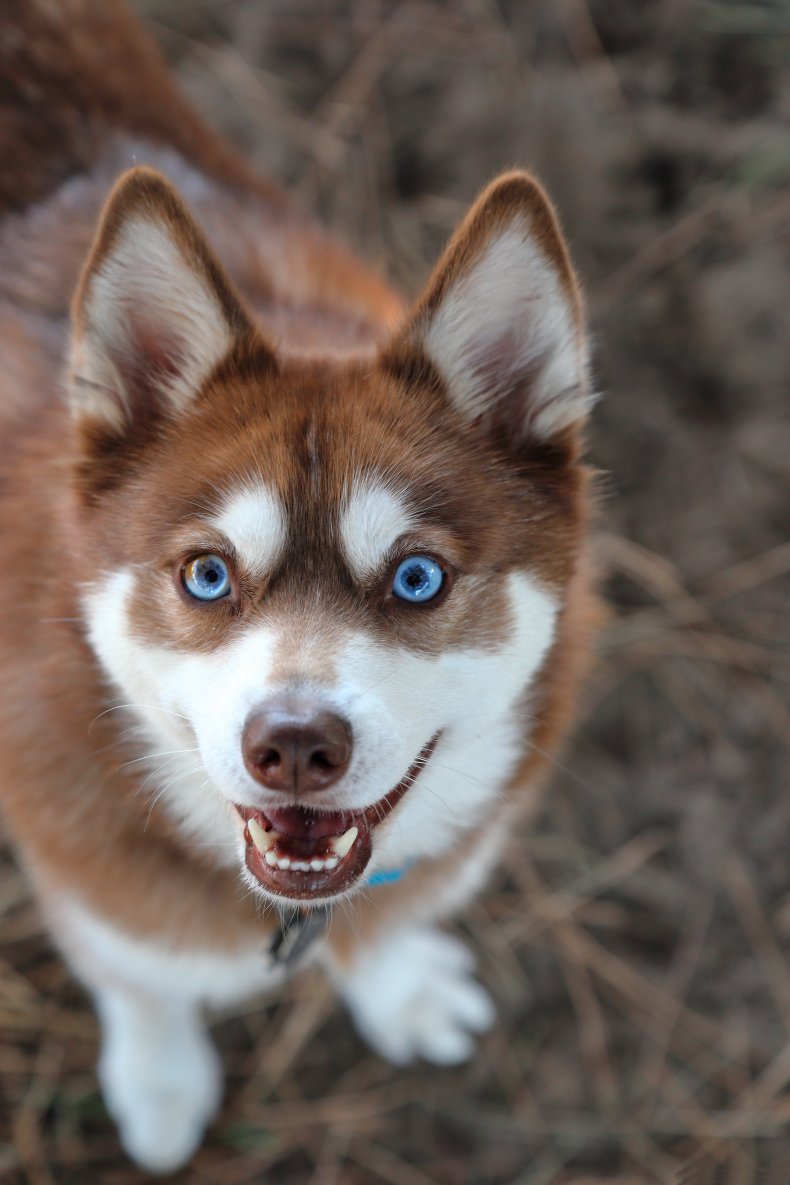 The Alaskan Klee Kai is a relatively new breed of dog whose name is an Inuit term translated as “little dog”.

This energetic and intelligent Spitz-type breed closely resembles a smaller version of the Siberian Husky, and an adult can weigh as little as 15 pounds. 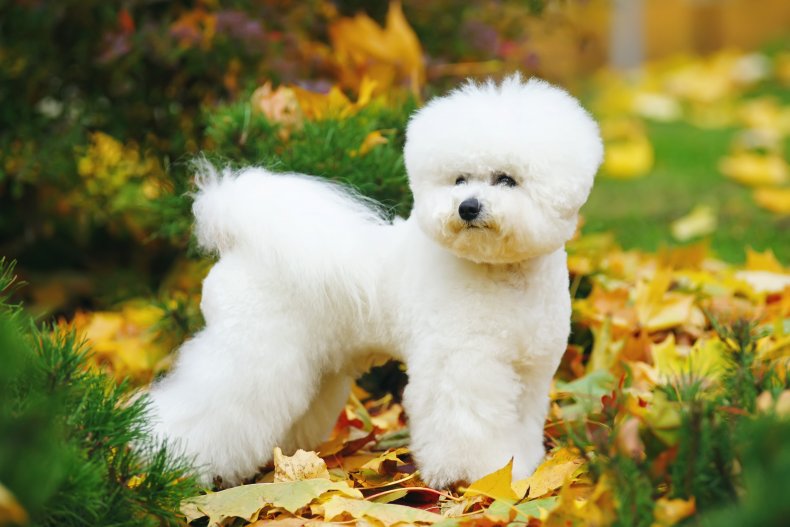 The Bichon Frize is a small white dog from the Mediterranean Sea with soft, corkscrew curls
ultramarinfoto / Getty Images

This is a small white breed from the Mediterranean with soft “frize” corkscrew curls.

This breed closely resembles a children’s toy and is valued for its mischievous nature and loving temperament. 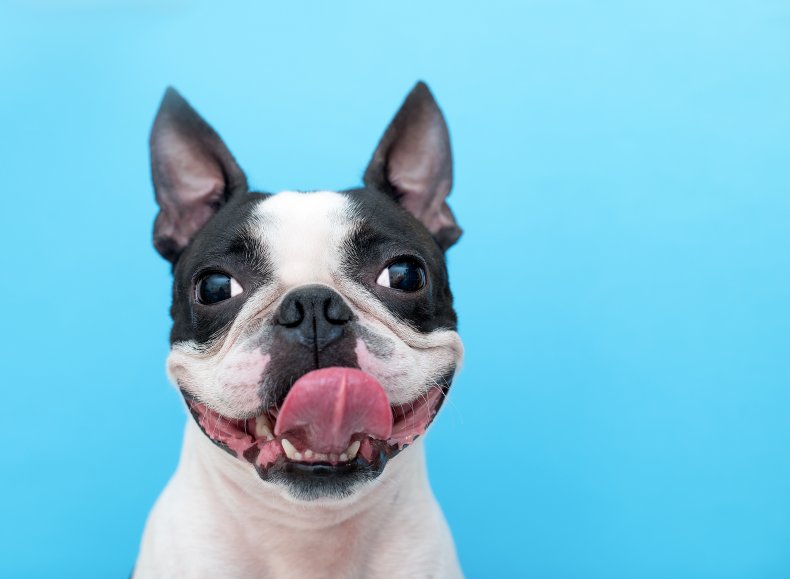 Although originally bred to be attack dogs, today’s Boston Terriers are gentle and loving companions.

The cute little body, weighing less than 25 pounds, has a unique tuxedo coat that makes these little dogs even more adorable. 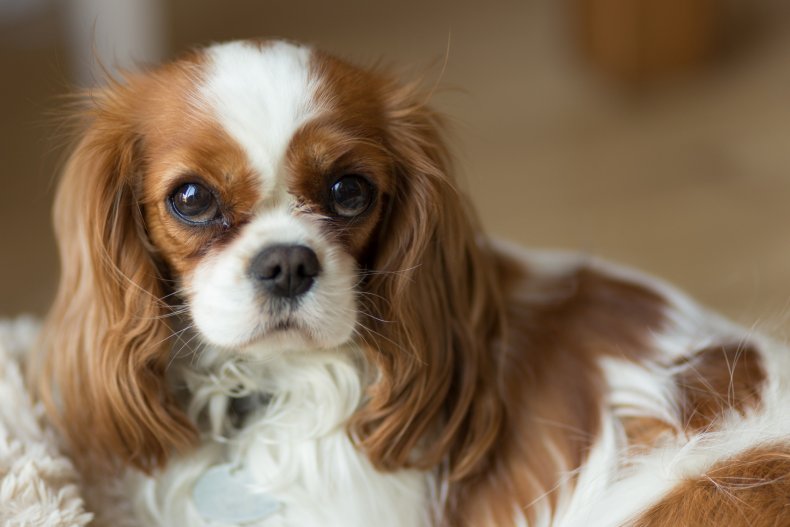 This loving and gentle breed of dog thrives on living in the heart of a family.

A King Charles can easily adapt to any life situation, and this miniaturization of sports spaniels is both friendly and easy to train. 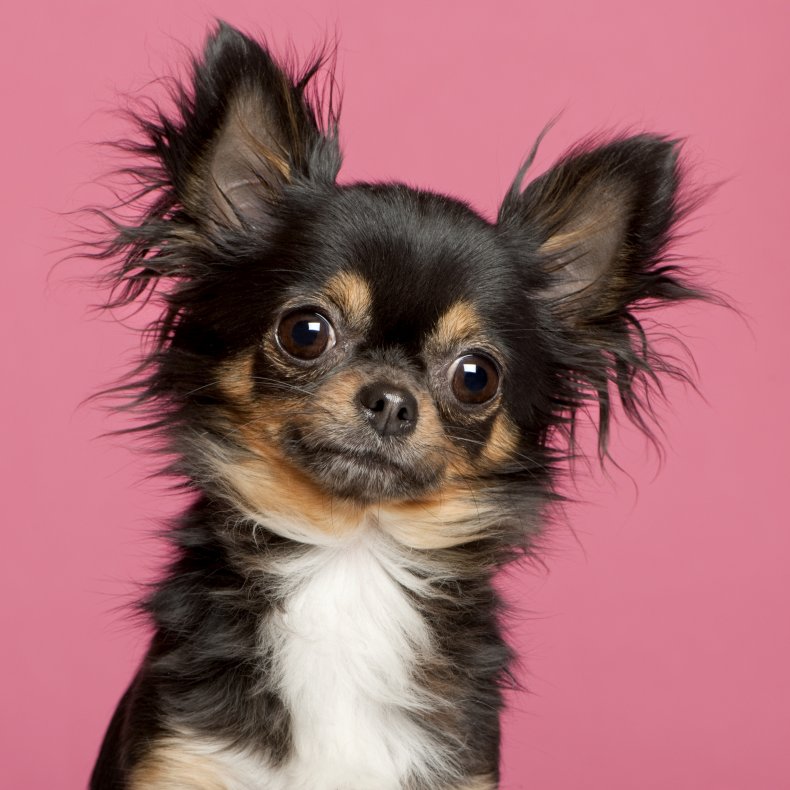 Close up of Chihuahua, two years old, in front of a pink background. Chihuahuas can pack a strong personality into their small body
GlobalP / Getty Images

The Chihuahua can pack a strong personality into its tiny body.

The world’s smallest breed of dog is popular for their confidence, enthusiasm, and loyalty, and often sees themselves as the head of the household. 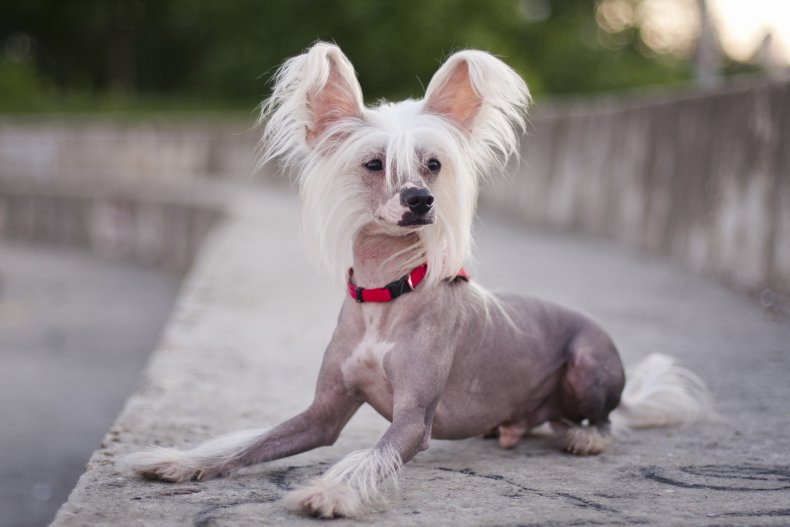 This ancient breed can be traced back to the Chinese Han Dynasty and while the hairless version is the most famous, there is also a powderpuff version with a long double coat.

The little Chinese Crested is as loving as he is handsome, and these dogs are always totally devoted to their owners. 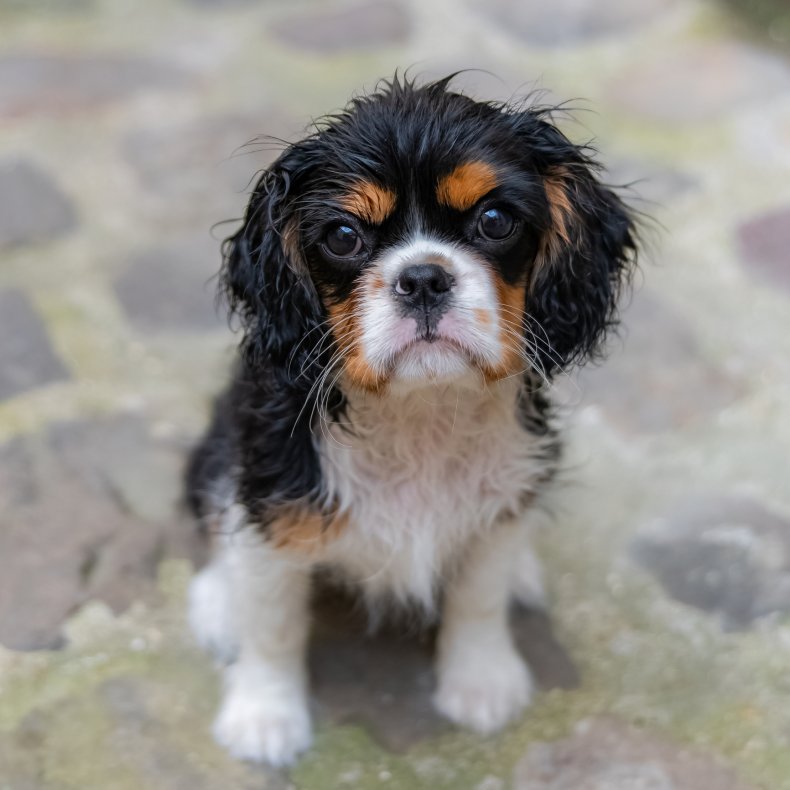 Despite a striking resemblance to the better-known Cavalier King Charles Spaniel, the English Toy Spaniel is a breed in its own right.

This equally small breed is an excellent choice for your next pet with its loving personality, while its petite frame makes it suitable for apartment living. 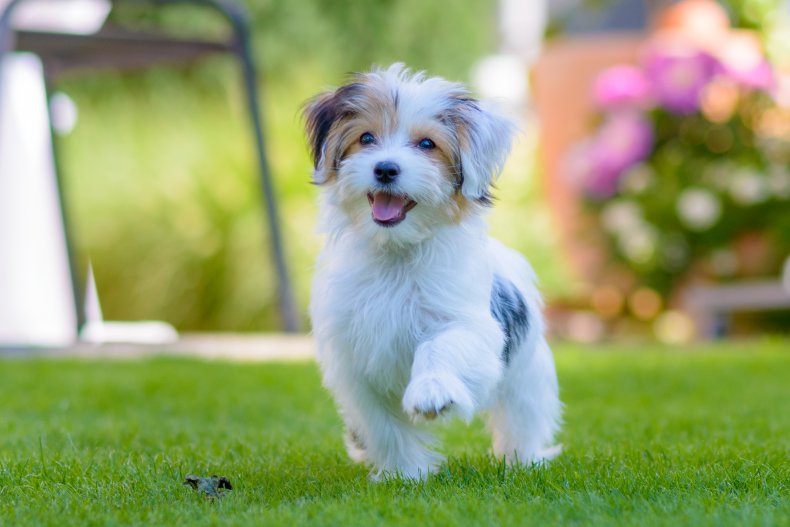 The Havanese is a member of the Bichon family and officially the national dog of Cuba.

Not only is this compact dog a loving addition to any family, this energetic breed is also useful for playing the role of a guard dog. 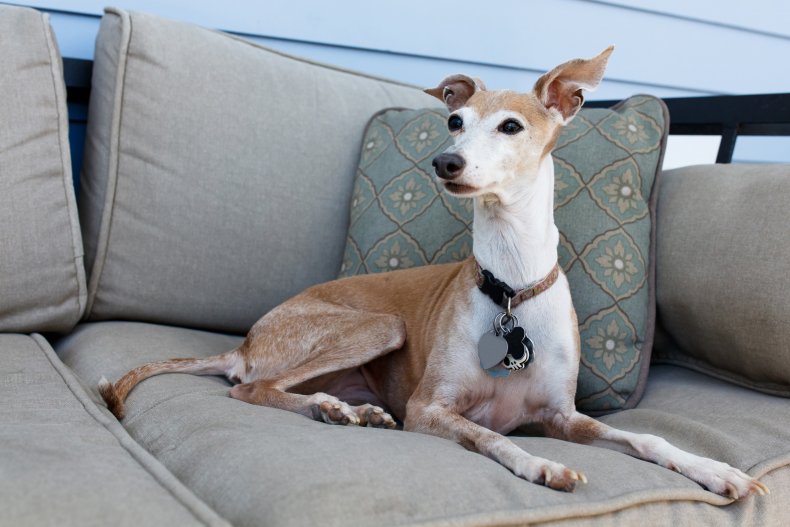 Italian Greyhound is a light and slender breed from ancient Egypt and the Roman Empire.
RAUL RODRIGUEZ / Getty Images

Italian Greyhound is a light and slender breed from ancient Egypt and the Roman Empire.

These dogs are valued for their loyalty and loving temperament, as well as being particularly playful and athletic. 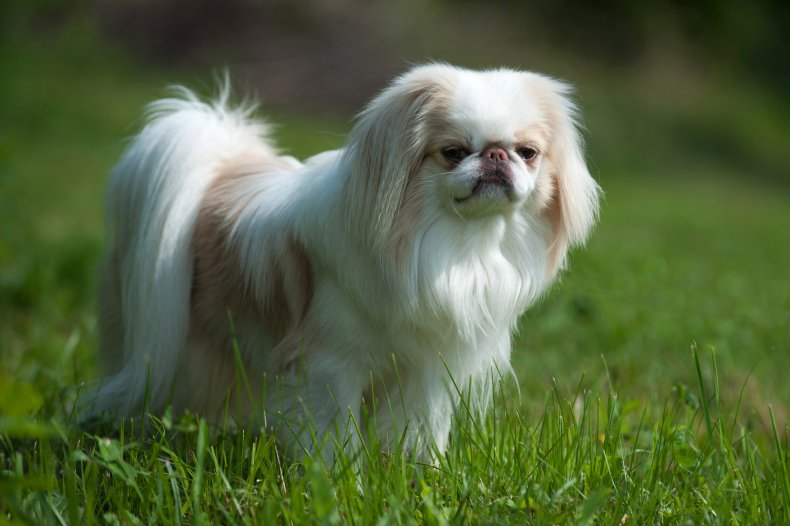 Japanese chins were historically bred to live in the lap of luxury, and this most aristocratic breed of dog remains a wonderfully petite companion for indoor types.

“Chin” means “feline” and refers to both the shape of their head and their exacting, almost feline cleanliness, and these dogs can sometimes be seen wiping their faces with their paws. 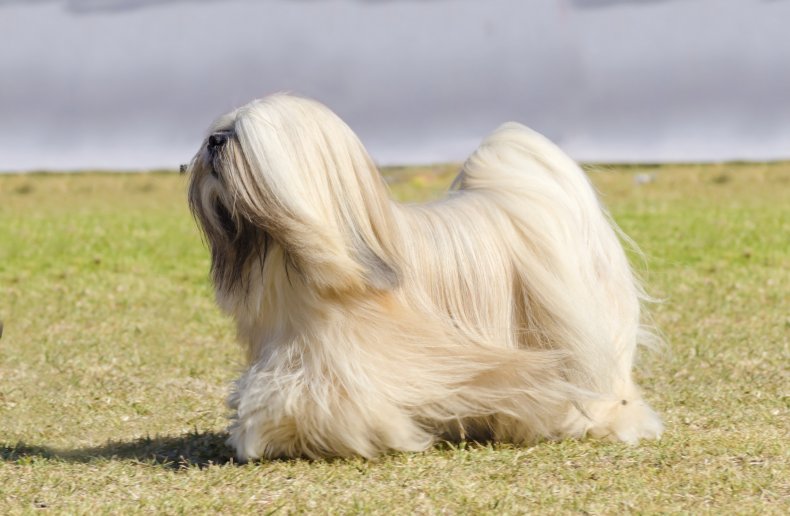 Lhasa Apsos were one of the first breeds to be used as companion dogs, and the adorable little dogs have been kept for centuries by Tibetan monks who, thanks to their sharp and loud barking, served as helpful watch dogs when the alarm was sounded.

And although they are described as independent and slightly stubborn, these long-haired beauties are incredibly loyal and loyal to their adoptive families. 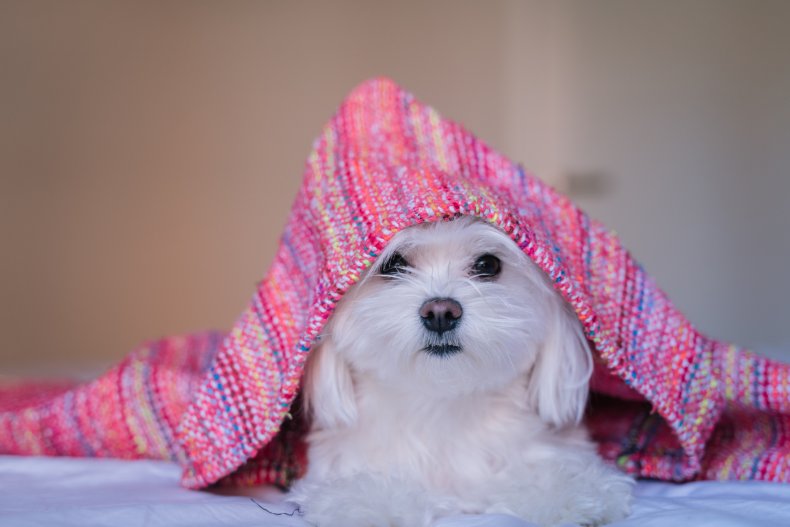 The modern Maltese are sometimes caricatured as little dog aristocrats.

However, this breed with long silky hair is also an excellent watchdog and easy to train. 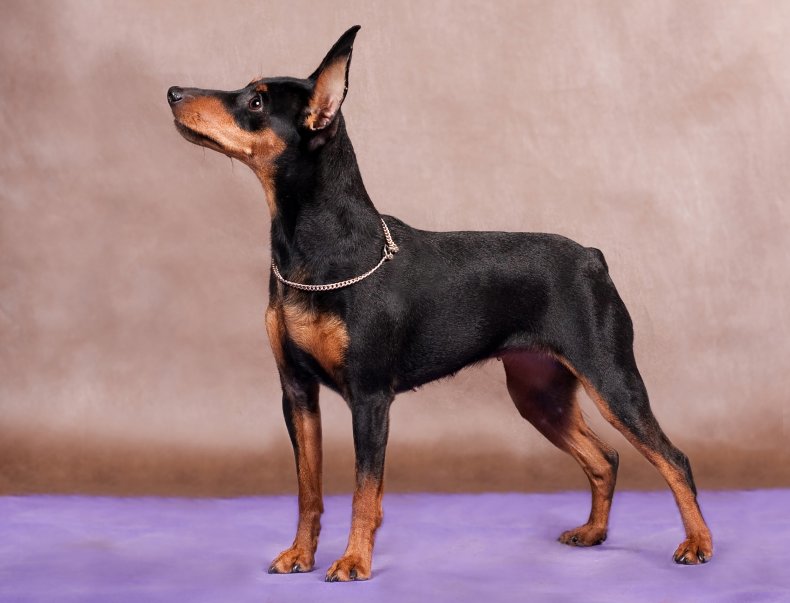 Originally used for pest control, today the “king of toys” enjoys life at the center of the family.

These sturdy, compact dogs are known for their pronounced high gait and vocal abilities, which makes Miniature Pinschers wonderful watchdogs. 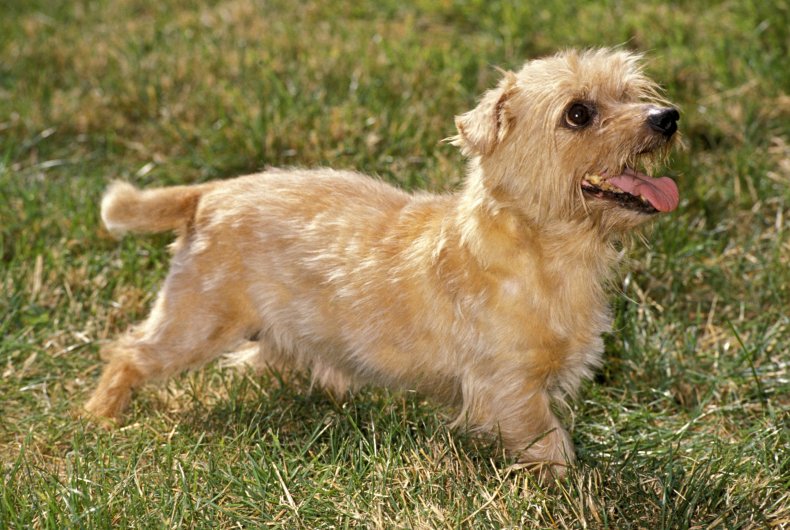 Norfolks are among the smallest of terriers, but still have the alert, fearless, and confident personalities associated with larger dogs
slowmotiongli / Getty Images

Norfolks are among the smallest of terriers, but still have the alert, fearless, and confident personalities associated with larger dogs bred in packs for hunting.

These dogs have expressive eyes and an appealing wiry coat, which makes Norfolks fantastic companions. 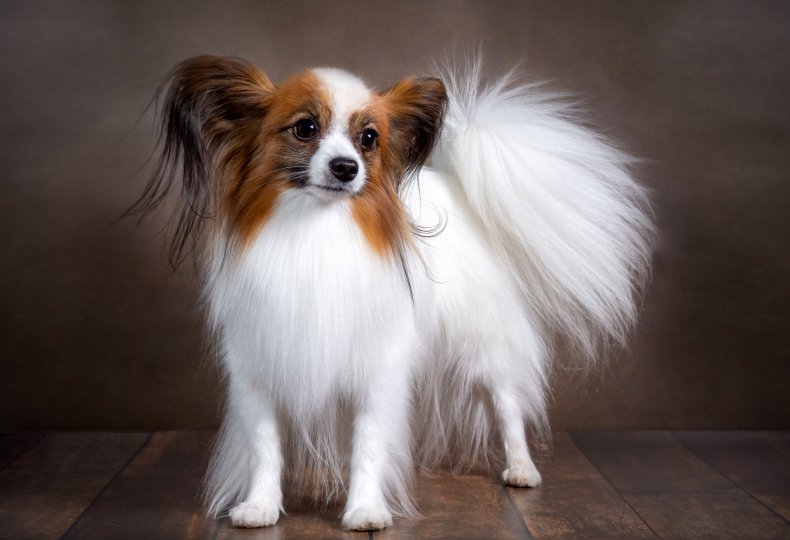 Papillon means “butterfly” in French and these intelligent and petite dogs are known for their similarly shaped ears.

Even fully grown, this highly intelligent and obedient breed is small enough to be comfortable in an apartment. 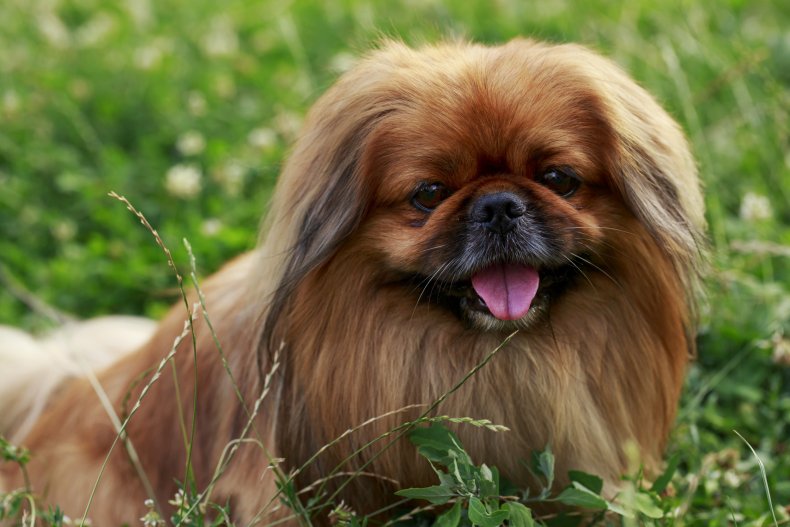 This breed was a favorite in Beijing’s Imperial Palace and these little dogs still retain a regal dignity.

Weighing no more than 12 pounds, their small size makes them a good choice for home living, though Pekingese enjoy regular walks. 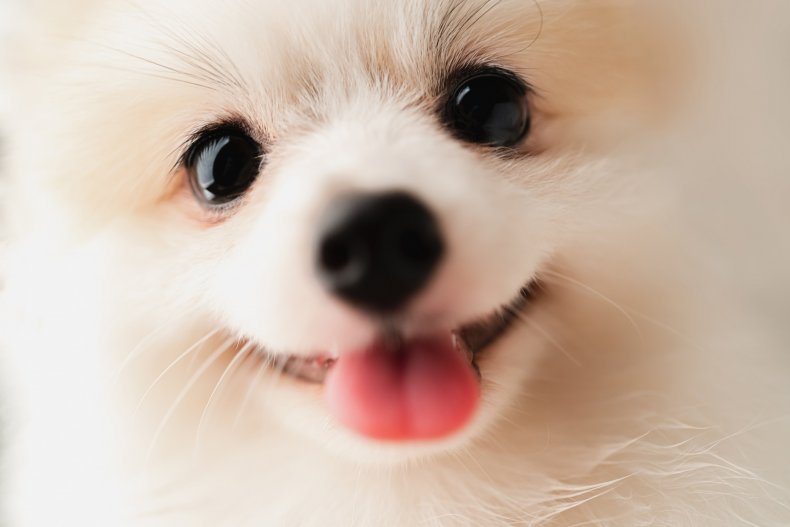 This tiny breed is exceptionally loyal to their owners, which makes the Pomeranians both a great watchdog and a cozy companion
whyframestudio / Getty Images

Royal patronage, including from Queen Victoria, played a role in popularizing the Pomeranians, aided by the gloriously petite appearance and open-minded nature of these dogs.

This tiny breed is exceptionally loyal to its owners, which makes the Pomeranians a great watchdog and snuggly companion who enjoys indoor games as well as brief outdoor activities. 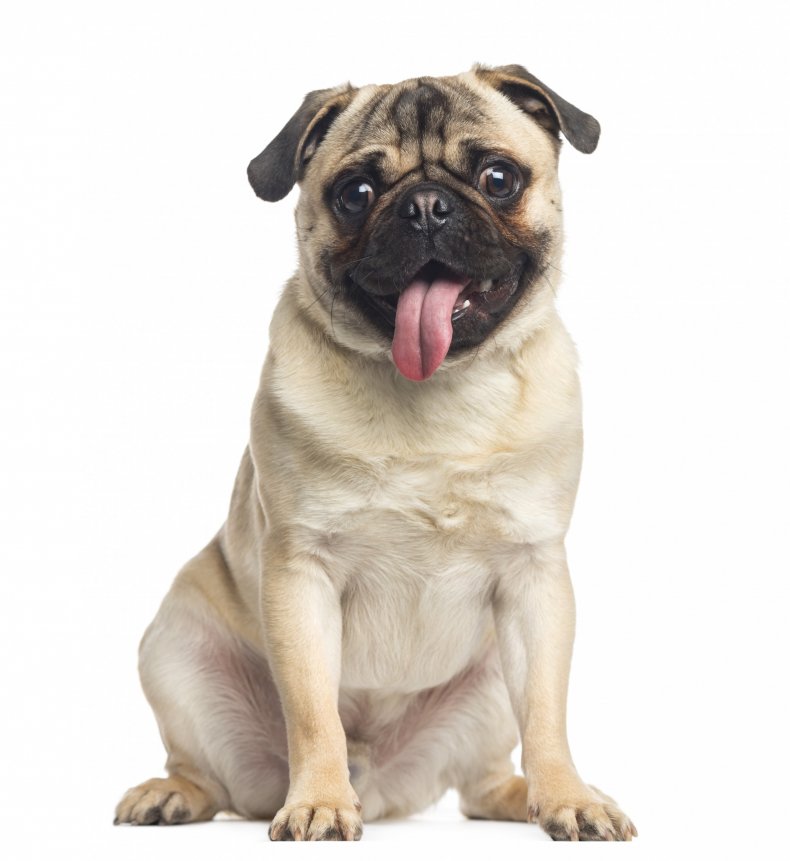 The pug comes from China via the Netherlands and can pack a lot of dog into its small frame.

This small, playful, and affectionate breed loves everything from enjoying nature to petting their owners. 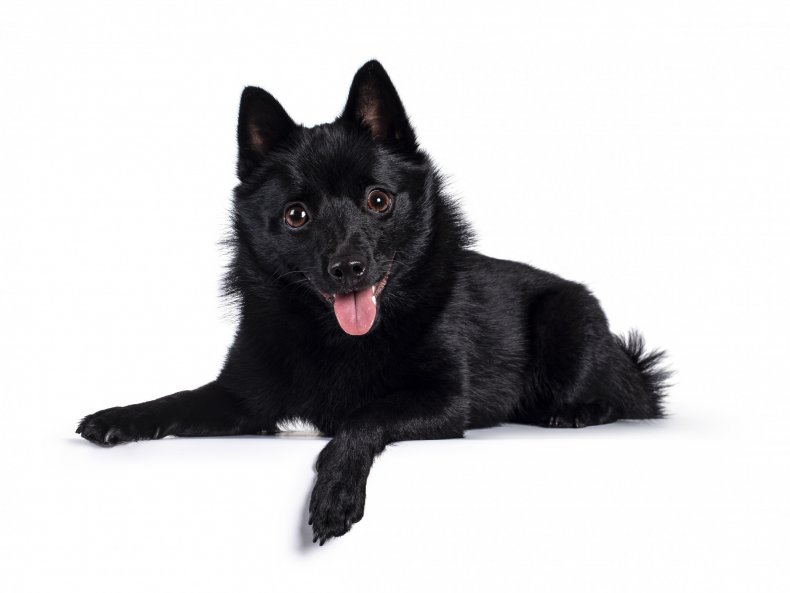 Small, fox-like and enthusiastic Schipperkes are known for their idiosyncratic attitude and their distinctive matt black fur
Getty Images

This Flemish bark dog, whose name means “Little Skipper”, was originally bred as a guard dog and pied piper on the river barges.

Small, fox-like and enthusiastic Schipperkes are known for their idiosyncratic attitude and their distinctive matt black fur. 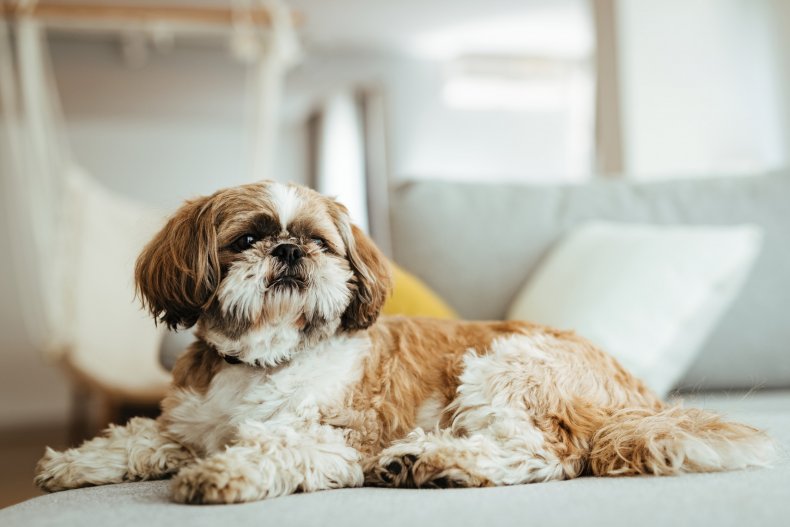 Known as the Lhasa Lion Dog in China, where it originated, the Shih Tzu’s energetic and friendly demeanor makes the breed an excellent pet.

These small dogs have a long and luxurious coat that can be kept in a “puppy cut” for easier grooming. 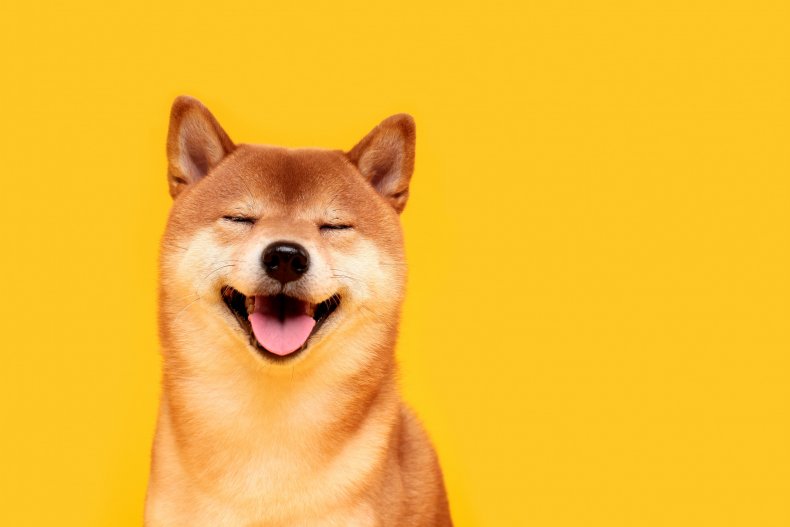 A national monument of Japan, where their name translates as “little dog”, these dogs were originally bred to hunt small game.

With their attentive and attentive characters and meme-friendly pretty faces, they are becoming increasingly popular around the world. 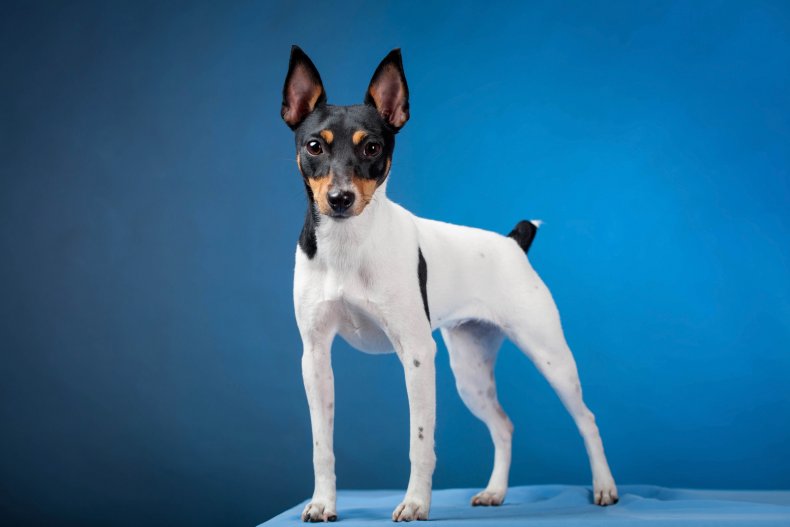 Toy Fox Terriers are outgoing and friendly, and capable of a variety of activities
Farinosa / Getty Images

Terriers were originally bred as earth dogs to dig up prey when a fox went down.

However, Toy Fox Terriers are sociable and friendly, and can perform a range of activities, from serving as a guard dog to being fussed about on the sofa. 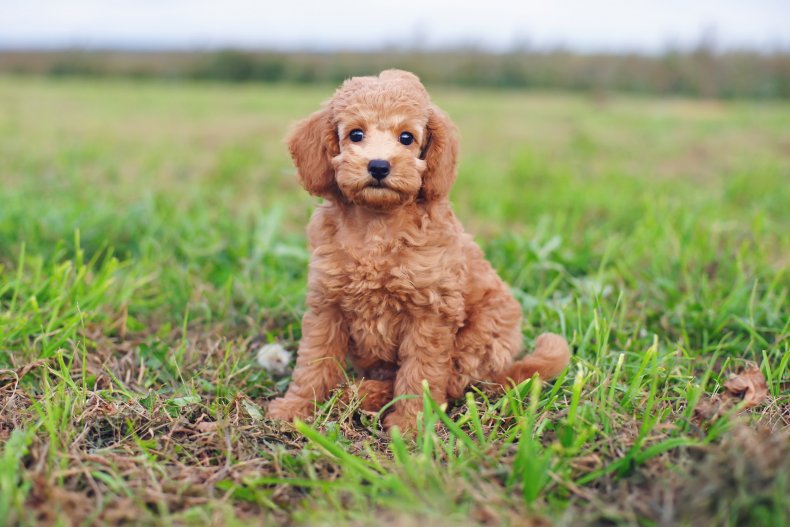 This glamorous and intelligent breed of dog is descended from German duck hunters.

The breed comes in three sizes, with the toy being the smallest, while the petite poodle’s hypoallergenic coat is suitable for people with allergic reactions to coat. 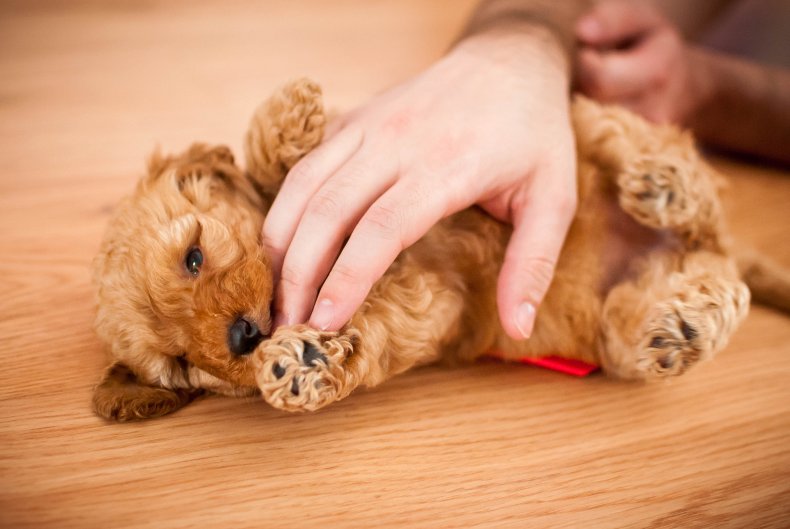 The Yorkipoo is a modern designer dog cross between the Yorkshire Terrier and a Miniature Poodle.

Valued for their adorable looks and fun-loving temperament, this breed is ideal for aspiring pet owners who have plenty of space in their home. 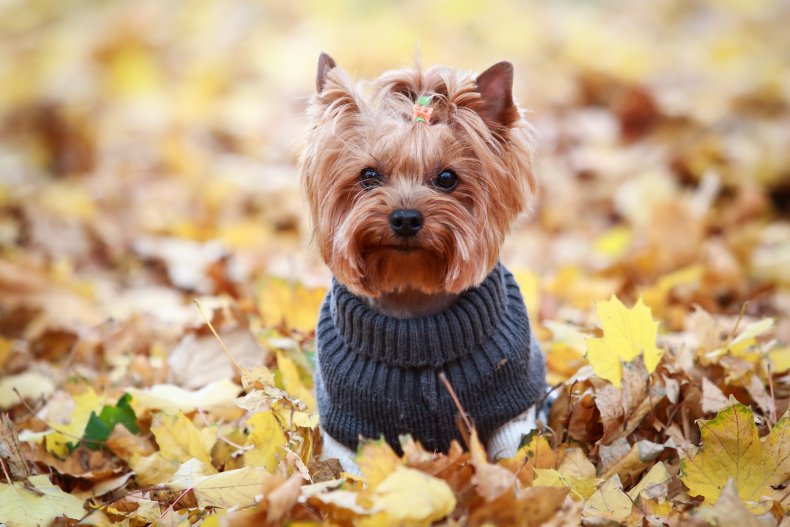 These toy dogs come from the Yorkshire cotton mills where Scottish workers brought their terriers to work with.

Weighing in at over seven pounds, Yorkshire Terriers pack an energetic punch into a compact package, and their signature light brown gorgeous, silky coat has the added benefit of being hypoallergenic.

Kong dog toys vs. Nylabone dog toys – WATE 6 On Your Side

Puppies rescued from Long Island pet store now up for…